Town officials said today that a major hotel and casino company, called Big Wins United, Ltd. filed an application on Friday to conduct a preliminary site review on a parcel of land in North Amherst owned by the Koszcaniewski family, which operated a potato farm there dating back to the days of Emily Dickinson.

Dickinson was said have written her famous poem about bees after being stung by three wasps at the Koszcaniewski  farm as a child, and historical accounts say the poet shunned all potatoes after the incident, including those 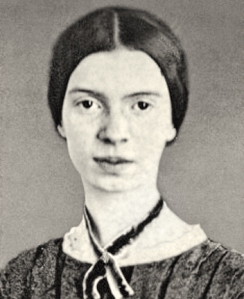 that are boiled, mashed or fried.  A special dish of potatoes prepared with milk and lavender, made for the poet by her longtime friend Beatrice (Maudie) Hollingsworth, became the source of this famous poem:

That your white fingers did slice these potatoes in my name!

Serena Hopsmith, director of the Dickinson Homestead Appreciation Club, could not be reached for immediate comment on whether the potato farm qualifies as a historic site.

The initial preliminary site application (IPSA), according to Development Review Board Chairwoman Clarice Brookdale-Stein, sketches out a “tentative” plan for a “6 to 9” story hotel complex at the site, with “300-plus” rooms, and a very small, high-end retail operation. “The IPSA, as always, is just a draft document, outlining the many possibilities that could be contemplated if the site meets all local, state and federal requirements and by-laws,” Brookdale-Stein said.

“It does not mean anything will ever be built there, just that the company might have an idea for that site, and sites in other towns which need to grow their tax base.”  A reading of the 26-page application by the Amherst Spectator indicates that “up to 700” rooms are listed under “maximum capacity,” and the site is large enough to accommodate 1,000 vehicles.

Bernard K. Koszcaniewski, now 96, and the last surviving member of the farming family, said if he does sell the property, he might donate some money to beautify the town’s transfer station and to provide homes with better trash cans, in memory of his late wife Gertrude. “It’s too late for me to enjoy it, so somebody else probably should,” he said. “Trudie liked everything pretty, even the trash can.” Historical society records show it was actually Koszcaniewski’s 1st wife, Mildred Briar Koszcaniewski, who launched a townwide beautification program in Amherst in 1937.

If the plan were to proceed at some point, it would require a referendum vote, and approval by a number equal to 7/8 majority of all active registered voters as specified by the State Gaming Authority. The parcel was purchased by the Koszcaniewski’s grandfather, the late Hansom Weirs Koszcaniewski, in 1839.

Brookdale-Stein noted that state law currently severely limits development of casinos, and it is highly unlikely that a full-fledged casino could ever be built there, although a recent senate bill would create a waiver system. It would allow for creation of minor, licensed gaming facilities, with 200 or fewer slot machines, in hotels with over 200 rooms.  “The idea of the senate bill is that any gaming facility would be secondary, and smaller, than the main building at the site,” she said, adding that casinos would “co-located” with, and fully encased by, other structures. 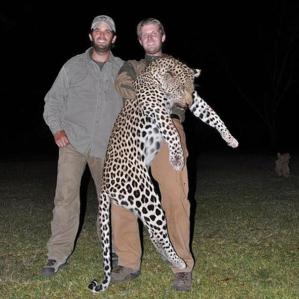 The fact that Big Wins United is likely owned by Eric Trump, a son of President Trump, was discovered by an investigative reporter for the Amherst Spectator. In doing Internet research, she determined that Big Wins United has the exact same board of directors as Eric Trump’s firm Safari Stampede, which typically sponsors high-end safaris for executives wishing to hunt young animals of nearly extinct species.

A person who answered the phones at Safari Stampede’s Caribbean office would not confirm  or deny Eric Trump’s involvement, or presence in the office yesterday.  “Mr. Trump does not tell me where he goes for lunch,” she said, directing the reporter to his voice mail system.

Conservationists and historians say the brushy overgrown land in question, although not in use for the last 76 years,  has heirloom tomatoes growing on it, and other valuable seeds predating the GMO era. “Every seed is our future,” said Ron Feeney, who stood holding a hoe at the site this morning. “Nutrients are in this land, nutrients which fed our forefathers, and which our children sorely need today.” Feeney is an associate professor of molecular psychology at UMass-Amherst and a local gardening expert.

Feeney, who ran afoul of zoning regulations in 2008 over his former ostrich farm, showed a reporter a handful of tomato seeds he collected from a plant at the site. “I wasn’t even expecting any tomatoes in this weather,” he said. “But lo and behold, there was a small round fruit – you know the tomato is a fruit – under my shoe.”

Feeney said the tomato appears to be a rare Hitchcock Lady Plum, a small-to-medium sized tomato with a sweet but tart flavor.

It is unknown why tomatoes might be growing in the potato field, but Feeney speculated that the Koszcaniewski family may have had a personal vegetable garden at some point, and that the plants self-seeded and spread.  Feeney said the tomato variety was cultivated by Bertrand  P. Hitchcock, the reclusive younger brother of Edward Hitchcock, for whom many things are named in Amherst.