After a plan for a $67 million school building project twice failed to win a 2/3 majority vote from Amherst Town Meeting, a major petition drive was launched which will lead to a townwide referendum. Next

Tuesday every registered Amherst voter – not just the 250-odd people on Town Meeting (and some of us are a little odd!) – can have their say.

Voters can put their money on a very fancy horse that some say has big problems despite her glossy coat; or bet that a better plan for fixing up Amherst’s beloved small schools – like renovation? – will come down the track at a good and steady pace.

A 2/3 majority of EVERYONE who votes would still be needed for the school building plan to pass, because the project stands to raise taxes on all property owners beyond the 2.5% allowed annually under state law. Amherst

already has the highest residential property taxes in Hampshire County, and was number 7 statewide last time I checked.

But a legal finding today is a horse of another color, and may make things a bit harder for the “Yes” side. 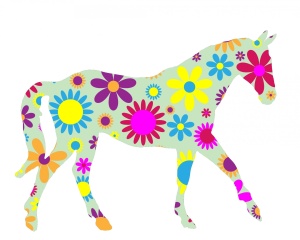 Lawyer Lauren Goldberg, who was asked by the Amherst Select Board for an opinion regarding an 18% requirement in Amherst’s referendum law, determined that 18% of all Amherst’s active registered voters – nearly 3,000 people – would have to cast votes in favor of the building plan for it to pass. So the Yes side would need a minimum of 2,983 votes in favor, AND achieve a 2/3 majority of how ever many people turn out in total. Turnout for local elections is typically much lower than in the presidential ones, when many  UMass students find their way to Amherst’s polling places.

For those who have somehow managed to avoid the nearly endless media coverage and controversy, the school building plan would lead to demolition of the K-6 Wildwood and Fort River schools, and construction of a consolidated school for 750 kids in grades 2-6 on the Wildwood site. Crocker Farm in South Amherst, which is now Prek-6, would be converted to a townwide facility for just preschool, kindergarten and first grade. 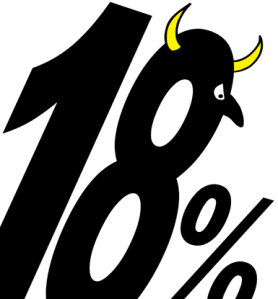 The state would reimburse Amherst for about half the $67 million capital cost, but the town would have to borrow the complete sum, await state payments, and pay loan interest calculated at about $21 million by the Finance Committee. Taxes would increase for most homeowners by hundreds per year.

Proponents say the project is needed to replace Wildwood and Fort River, which were built in the 1970s on a dated “open classroom” model, and maintain there are air quality issues. Those opposed say the system of three small, K-6 schools provides a supportive learning environment for children and are more convenient for families, and should not be sacrificed to improve building infrastructure.

Here is a link to the Amherst’s Select Board’s statement on the 18% issue today: http://www.amherstma.gov/DocumentCenter/View/38377

And a link to Goldberg’s legal opinion (fyi, she is no relation to me, as far as I know, apart from the fact that we are all distant cousins to everyone on the planet, which is a fun way to think about things.): http://www.amherstma.gov/DocumentCenter/View/38375

I am not typically a betting woman, but I’m also not opposed to a friendly little wager, if you’re interested. And forgive me for getting a little silly. It’s Friday, right?