This is kind of a small community, and people sail across the Coolidge Bridge, and in between Amherst, Hadley and Northampton, sometimes a few times a day.  I periodically encounter the same person three or four times in one 24-hour period, in different towns, restaurants or stores. We will look at one another oddly and with slight defiance, as in, “Who the heck are you, and why MUST you be in ALL THE SAME places as me?”

Inevitably it is a skinny white guy with brownish hair and glasses – a kind of shaggy sort, usually with a backpack. It may be that there are a great many of these around. I grant you, they  look alike, and the felt experience of having said “excuse me” to the exact same guy, in a doorway at Whole Foods at noon, and then at 2:30 at Acme Discount Supply, or at 3:15 at Breugger’s Bagels, may sometimes be an illusion – but not always.

For illustrative purposes, let us call these fellows Dave, and then to distinguish among them, give them numbers. It may be that I actually DID encounter Dave 1 at Whole Foods AND Acme Surplus, but that the man who darted forth to take my bagel at Bruegger’s, and then retreated in shame, was Dave 2, 67, or 136.

It’s just mildly disturbing, and sometimes I feel that an invisible hand has put me on a linked shopping and eating trajectory with a stranger against my will.

Usually these Daves are mild-mannered, harmless creatures, who no doubt suffer from claustrophobia in stores with low, bumpy ceilings.

They need those woolly red or orange scarves, to keep their protruding Adam’s apples warm. But they really are harmless, and want nothing except the anonymity you are denying them, with your repeated presence. They are married, or almost married, and are timid souls. They will apologize for bumping into you, and smile slightly, but would never be caught flirting. They are there, and not there, and might leap if startled. These Daves are the gentle, ubiquitous ghosts of the Pioneer Valley.

I once worked in a small office, where out of 10 people on staff, at least three were named Dave. I recall a Dave B., a Dave G., and a guy who conveniently had the nickname “D.R.,” which helped us to avoid painful confusion when shouting across the room. (These Daves actually do not really conform to the type I’ve described, and I apologize to any Dave who feel he’s been wrongly picked on here, or that his name has been taken down a peg.) .

Less frequently, the powers that be put me on parallel tracks with short well-dressed women, who walk  briskly and see me as a large, slow-moving obstacle to be avoided, first at Big Y, and then at Home Depot. 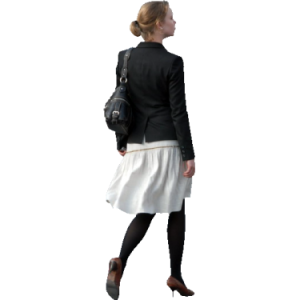 I can almost hear them cursing, about chubby glaciers or something of the sort.

At times I’ve tried to cheerfully confront these women, with, “Didn’t I see you this morning at … ?” Sometimes the answer is yes, and sometimes it’s no. (You may know in your heart that you saw her in Hadley, looking at children’s boots, but she just failed to notice you.) Sometimes it turns out that we also orbited one other in a different era, for example, around 1990, and in another state, like Connecticut, but have never actually spoken until this moment in the basement of Thorne’s Marketplace.

In a way, it’s kind of jolly. All these generally pleasant people, mixing endlessly ’round, in the small crockpot we call New England. At times, it’s the carrots that float to the top, and at times, the celery …