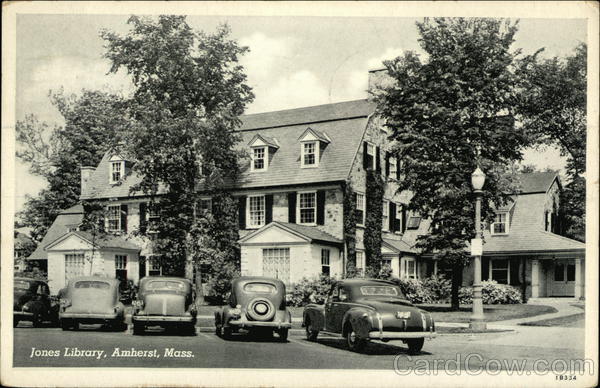 In this era of e-books being downloaded to hand-held devices, and books ordered by Internet arriving by mail within a day, it is hard to guess what the future holds for any public library, much less Amherst’s historic, stone-fronted Jones Library.

Will public libraries be mostly virtual, located primarily on servers that allow people to “borrow” electronic books which return themselves magically after two weeks?

Or will libraries become information-dense community centers, with lots of laptops and electric sockets, and a few experts roaming around? Or will that human yearning for a peaceful quiet place, in which to sit  – perhaps with an actual physical book or newspaper – never quite fade? (The yearning, for a place that is neither home nor office, and where no money need be spent to pass a pleasant afternoon.)

Ir may be because there are so many unknowns that the candidates for Jones Library Trustee at Thursday’s League of Women Voter’s forum offered such contrasting visions. The three incumbents, Lee Edwards, Chris Hoffman, and Alex Lefebvre, touted a plan for dramatically renovating and expanding the Jones, for an estimated at $36 million. Meanwhile, challengers Ed Wilfert, Kitty Axelson-Berry and Terry S. Johnson emphasized the library’s long history, the potential in its underutilized spaces, and keeping the Jones “homelike.”

“I think the library should be a hub, central to all kinds of community outreach,” Edwards said, adding that the Jones could coordinate literary efforts, including lectures and programs, with other community entities.

The existing facility of 48,000 square feet dates to 1928, and sits on just under an acre,  including a 1993 addition. The proposal calls for enlarging the building to 65,000 square feet. It follows a 2015 survey in which 900 people participated. Findings included that people appreciate the front facade and long history, but some believe:

“I am very excited about the proposed renovation,” Hoffman said. Lefebvre noted that the current teen section is small and unappealing, and that her son has little interest in going there.

The library’s loyalists, however, point to empty areas and little-used rooms, including an upstairs children’s poetry section and locked upstairs conference rooms, as indication that the library has ample space which could be re-purposed, for far lesser cost.

“It’s a shame that there are so many underutilized rooms in the library … they’re cluttered, they’re locked, they’re empty,” Axelson-Berry said. “We need to use to the existing building creatively.”

Wilfert said current trustees may be betraying the 1919 trust which led to the library’s creation, because the architectural plans involves 40% demolition of the existing structure.

He said the “de-Jonesing process” would also lead to the “exile” of library patrons for two years or more. “A better plan is needed, as is more attention to the branch libraries,” he said. Wilfert and others have called for improvements to the small North Amherst Library, and the Munson Memoral Library in South Amherst.

Johnson, who is part of the Save Our Library ticket, said the future will require expanding  programs beyond library buildings. “Let’s offer bookmobiles, and collaborate with school libraries,” she said. Johnson said the project would “destroy” the 1928 building and 1993 addition, while providing  no additional staff, materials, or parking.

Lefebvre, who favors the renovation, said she would continue bringing a “business sense” to the board, from years in the insurance industry. She added that Amherst has grown and changed in recent years. “So, too, must our library,” she said. 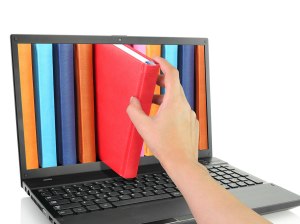 In June 2014, the library got a $50,000  Planning & Design Grant from the Massachusetts Board of Library Commissioners. An application for another grant for about  $14 million was submitted in January, and an answer is expected in July.

At the April Annual Town Meeting, members will be asked to accept a preliminary design. The project would advance contingent upon the grant award. A capital campaign to raise $5 million privately is underway, and if that goal is met, Town Meeting would be asked next fall to approve spending of about $16 million.

A writer and homemaker who worked for many years as a journalist in Massachusetts and Connecticut. View all posts by Marla Goldberg-Jamate